Nine months after launching Geofeminicidio, we produced an initial classification of feminicide types and women murder types. The list was inspired by academic women who made a major theoretical contribution to the construction of the term. The recording and classifying of the visible types of feminicide provides tools to fight gender violence.

Spain, Madrid –  The translation has been possible with the support of the volunteering team of Feminicidio.net, whom we thank greatly for their commitment to this cause.

Nine months after launching Geofeminicidio,we produced an initial classification of feminicide types and women murder types. The list was inspired by academic women who made a major theoretical contribution to the construction of the term. The recording and classifying of the visible types of feminicide provides tools to fight gender violence.

Geofeminicidio, the Feminicidio.net database records murders of women and feminicides. All feminicides are murders of women, but not all murders of women are feminicides. The main indicator used in the preparation of statistical reports regards murder and feminicide as our analysis paradigm. In this respect, we draw on the line of work of Diana Russell and Julia Monárrez Fragoso [1]. We do not take the word homicide, used by traditional criminology, as an indicator because its etymology, from the Latin homicidium, consisting of homo (man) and cidium (act of killing) seems to us androcentric, even though it is used for homicides referring to both men and women [2].

FOCUS THE ATTENTION ON THE PERPETRATORS

Let us start by answering a basic question: What is the difference between a feminicide and the murder of a woman? When a feminicide is committed, a woman is killed for being a woman, for “gender reasons”. How are these gender reasons manifested? We have said it many times on Feminicidio.net: in patriarchal societies the murder of women by men is common and the vast majority of these are feminicides. Feminicidal men kill women for various reasons: reification, possession, jealousy, hate, pleasure, eroticism … Violence is a key instrument of power to subdue/submit/subjugate and subordinate women. Feminicide is an extreme expression of patriarchal power, a way to express sexual politics and the rituals of male dominance [3]. Moreover, feminicide is a socially necessary act that sustains the status quo of male domination.

According to Russell, in a murder “the female gender of a victim is irrelevant to the perpetrator. For example, an armed man who shoots and kills the owners, male and female, of a supermarket in the course of his crime, does not commit a feminicide [4]. Theres is not a gender motif in the murder.

It is also necessary to make way for feminist criminology and focus attention on the people who commit the murders, men. The rates and the number of murdered men are higher than those of women. It could be argued, without gender perspective, that violence resulting in death affects men more than women, statistics confirm this assertion. But this reading is veiled: men kill men and men kill women, individuals belonging to one half of species half kill each other and kill individuals of the other half. Male supremacy has a definite role in the exercise of all forms of extreme violence exerted.

Therefore, we believe that the analysis of the murders of women should also focus on the perpetrators and the types of extreme violence that they use when they commit a murder.

The feminicide paradigm enables us to know and study in greater depth other elements and features of the murders of women not included in the statistical reports developed by official sources. Our technological application, Geofeminicidio, incorporated fields [5] that are not taken into account in the Latin American countries (also including Spain), such as:

The exercise of violence by men deliberately or not preserves male supremacy. Feminicide is a political concept that shows the position of subordination, inequality and marginalization of women simply because they are women. These are some of the authors who contributed with their definitions:

The murder committed by a man with whom the victim had or had had a relationship or intimate link: husband, ex-husband, boyfriend, ex-boyfriend or lover. It includes the course of a friend who murders a woman-friend or acquaintance, who refused to engage in an intimate relationship with him.

The murder committed by a man with whom the victim did not have any kind of relationship: sexual assault culminating in the murder of a woman by a stranger. We also consider non-intimate feminicide when the neighbor who kills his neighbor has no relationship or bond between them.

The murder of a girl up to the age of 14 committed by a man in the context of a relationship of responsibility, trust or power granted by his adulthood with regard to the minority of the girl.

The murder that takes place in the context of a family relationship between the victim and the perpetrator. The relationship may be by blood, marriage or adoption.

FEMINICIDE DUE TO CONNECTION

When a woman is killed “in the line of fire” of a man who tries to kill or kills another woman. It may be a friend, a relative of the victim, mother, daughter or other; or an unconnected woman who happened to be in the same place the offender attacked the victim.

FEMINICIDE DUE TO PROSTITUTION

The murder of a woman in prostitution, committed by one or more men. Cases in which the perpetrator or perpetrators murder the women motivated by hate and misogyny towards the status of the victim are included in this typology. The cases also carry the burden of social stigma and feminicide justification because of prostitution in the minds of the murderers: “she deserved it”, “she was asking for it because of what she was”, “she was a bad woman”, “her life was worthless “.

FEMINICIDE DUE TO SLAVE TRADE

The death or murder occurs in a situation of subjugation and deprivation of the liberty of the female victim in situations of “human trafficking”. By trafficking we mean -as noted by the UN- the recruitment, transportation, transfer, harboring or reception of women and girls, by means of threat or use of force or other forms of coercion, be it abduction, fraud, deception, abuse of power or the giving or receiving of payments or benefits to obtain the consent of women and girls for exploitation purposes. This exploitation includes, at least, the prostitution of others or other forms of sexual exploitation, forced labor or services, slavery or practices similar to slavery, servitude or the removal of organs.

FEMINICIDE DUE TO TRAFFICKING

The murder of the female victim occurs in a situation of trafficking of illegal migrants. We understand trafficking -as noted by the UN- as facilitating the illegal entry of a woman into a State where the woman is not a national or permanent resident, in order to obtain, either directly or indirectly, a financial or other material benefit.

The murder victim is a transgender woman and the perpetrator or perpetrators kill her because of her transsexual condition or identity, hate or rejection.

The murder victim is a lesbian woman and the perpetrator or perpetrators kill her because of her sexual orientation or identity, hate or rejection.

The murder committed against a woman because of her ethnicity or her phenotypic traits, hate or rejection.

FEMINICIDE DUE TO GENITAL MUTILATION

We understand the theoretical and practical difficulties of using this type of feminicide. However, we consider it necessary to include it as a contribution to the debate on whether or not to recognize it as an international offense. And let’s not forget that there are other gender crimes which result in the violation of international law, such as those contained in the Rome Statute, for example rape.

We have created this category to follow up the case of the violent death of a woman in which the insufficient data prevents us from classifying it as some form of feminicide or murder, but in which there is confirmation that the victim was murdered.

Sexual feminicide is the killing of women who are kidnapped, tortured and raped. Their bodies, half or totally naked are dumped in deserted areas, vacant lots, drain pipes, garbage dumps and railroad tracks. Through these cruel acts, the murderers strengthen gender inequitable social relations that distinguish the sexes: otherness, difference and inequality. At the same time, the State, backed by hegemonic groups, reinforces the patriarchal family and subjects all victims’ relatives and all women to a permanent and intense insecurity. This is achieved due to a continuous and unlimited period of impunity and complicity from not punishing the culprits and bring justice to the victims. It is divided into the organized and disorganized subcategories and takes into account current and potential perpetrators.

The killing of women is accompanied (though not always) by the kidnapping, torture, rape and disposal of the corpse. The murderers, presumably, kill only once, in a given period, and may be unknown men, a close friend or a relative of the murder victims and leave them in solitary places, hotels, or inside their homes.

The killing of women is accompanied by the abduction, torture, rape and disposal of the corpse. The murderers can act as an organized network of sexual killers with a conscious and systematic method during a long and indefinite period, directed at the sexual and gender identity of the girls / women.

Although this murder is a murder sub-typology of women’s murder by communal violence, we have classified it as a typology to visualize a form of violent death suffered by women in the hands of men in patriarchal societies. The motive for the murder is the theft of money or valuables from the victim.

MURDER OF WOMEN DUE TO JUVENILE VIOLENCE

The murders of women due to juvenile violence stem from young people fighting in public spaces to define and advance the rule of their territories by force of arms and though the murder of opponents. The murders of women by these groups should not be analyzed as a contingency, but as a result of wider violence showing early aggression towards young people, weapon possession, drug use, lack of confidence in the justice system and inequitable social and economic development.

WOMEN’S MURDER DUE TO COMMUNITY VIOLENCE

The murders of women by community violence occur between individuals known or unknown to each other. The aim of these killings is to achieve economic and/or social objectives. These murders have different motivations, among which are disagreements, arguments, quarrels, vengeance and theft.

MURDER OF WOMEN DUE TO DRUG TRAFFICKING AND ORGANIZED CRIME

The murders of women for drug trafficking and organized crime are supported by money laundering, extortion by intimidation, human and commodity trafficking and car theft, as well as in the production, distribution and consumption of drugs. The killing of women is due to the following reasons: belonging to these networks and having differences within them and for reporting drug-related activities. The public clash between criminal networks also causes the death of girls and women. 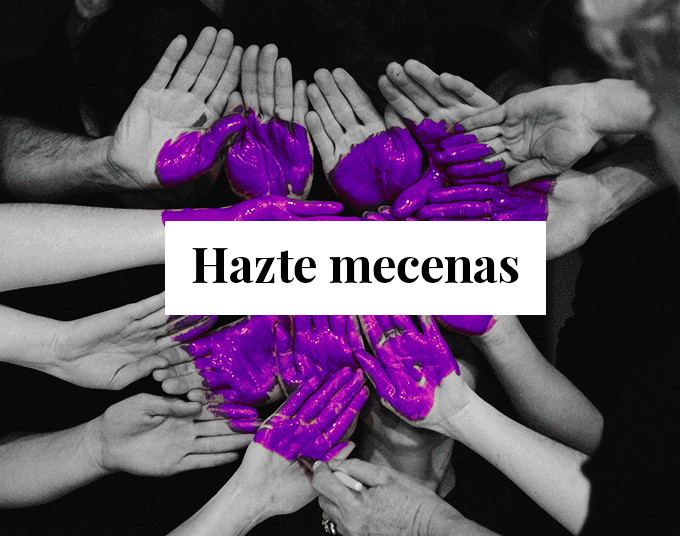